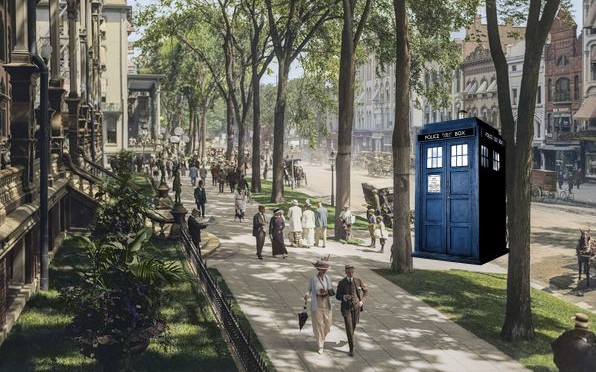 I’ve fallen woefully behind on book reviews, but I feel my excuses are valid. For starters, summer in Saratoga is exhaustingly busy. Fresh from the track or down from Lake George, shoppers fill the store. We host authors – from local to nationally acclaimed – throughout the week and participate in community wide events. Coming from Johnson City (what do we have, the field days?) I’m always amazed by how together Saratoga has its shit. Farmers markets, festivals, scavenger hunts; everyone is involved in helping Saratoga prosper. Impressive. But I ramble. Blah blah, I’ve been busy, blah.

Most notably, Hillary Clinton came to our store!

This might have been the most exciting moment of my life. I’ve certainly never been more excited than I was the second I was told she was coming. My coworkers would willingly attest, in fact they often remind me, that many tears were shed.

Clinton was incredible. 1,000 people came to see her and she shook every hand and signed every book. She was kind and personable, surprisingly approachable, obviously brilliant, witty, and entirely present. If I was the sort to cook dinner, I’d want her at my dinner party. I could go on and on. Even if you don’t agree with her politics, you have to admire her strength. To have supported her husband’s career, raised a family and fulfilled her own own career goals all in one lifetime – amazing! Hillary 2016! 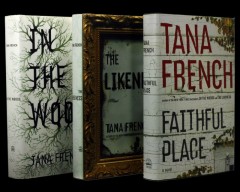 I have read some PHENOMENAL books this summer, which I’ll get to in upcoming posts. I’ve been in a lull since finishing Tana French’s upcoming book, The Secret Place. It’s been over a week now and I’m still not over it. Have you read Tana French’s Dublin Murder Squad books? Because you should. Right now.

And now I’ve started watching Dr. Who. I’ve been trying and failing to get into it for a few years now (as a fan of Supernatural, Sherlock, Lord of the Rings, Firefly, and every other nerdy fandom out there it felt obligatory). Finally I gave up on Doctors Eccleston and Tennant,

and jumped ahead to Matt Smith.  SO GOOD. Also, changing my last name to Pond.